We are locked into thought patterns that were formed during our compulsory attendance at life’s, “School of Hard Knocks”. In places where we already have one of these thought patterns installed, it is almost impossible to learn anything new. The new idea we have can not get into the place where it will fit because that place is already occupied.

For example, sometimes we try and merge the old pattern with the new into an unhappy marriage. The old ideas are often locked in place by pain or painful emotion, giving one a mindset that seems to be carved in stone. In areas where we have one of these grooves in our thinking we can not learn, grow or change. We try to overlay our old ideas on the new ones without fully examining and discarding the old ones first. When we get under stress we either revert back to the old ideas and patterns or we become paralyzed with indecision, because the two ideas can not be reconciled.

For example: If school was arduous and stressful there will be many areas later in life that inhibit our success in business and life.

Joe was teased relentlessly at school as a youngster. This ruined his concentration, made him very unpopular and his grades suffered. Of course that earned him a beating from his dad who believed that you can and should try to knock some sense into childrens’ heads. In later years, whenever Joe had to study something he felt scared and humiliated before he even began to study it.

He concluded he had an unsolvable study problem. With this conclusion he limited himself to work that required little or no book learning. This put a considerable cramp in his lifestyle. He had to depend on others for many things, for example accounting.

This in itself would not have been so bad, but he felt inadequate to even oversee the work. This left him at the mercy of unscrupulous accountants and employees and lacking trust. Working hard but not succeeding, eventually Joe gave up being in business and took a job where he did not have to deal with any of these headaches.

Mary had a fear of offending others that stemmed from an abusive childhood where any hint of self willed action was severely punished by her overprotective parents. This resulted in her having a very shy and timid personality. Mary would take no action that she thought might cause an upset.

She opened a flower shop with 2 employees whom she relied upon to make all the decisions for her. This worked for awhile, but they also made decisions about how much they should be paid and were rather generous with the flowers to the point the shop rapidly became insolvent. Mary observed what was going on, but could not make herself say no to them. Fortunately, she married a fellow who could – and did – say no. This action helped reverse the situation.

However, Mary felt dreadful when her employees became upset, therefore causing her to nag her husband for being so harsh with the employees. Of course this made him feel she did not appreciate his efforts to save her bacon and, subsequently, their marriage suffered. Her driving need to be liked and be safe from attack made her quite incompetent to lead or even allow another to lead in a decisive manner. Ironically, due to her obsessive desire to placate others she alienated the one person who loved her the most and was most important to her happiness.

Colin, through his successes as an athlete, had learned that you can always succeed if you just overwhelm the opposition with more effort and forcefulness. This worked very well in sports, but was not as successful selling insurance. When he saw he was not reaching the level of success he desired he worked harder and harder, longer hours, pushing himself more and more. As he did this he became more and more forceful with his customers causing them to avoid him as much as possible.

Colin refused to quit because he KNEW he could do anything if he just worked hard enough and put more effort in it. Eventually he suffered a heart attack and was forced to quit.

What do these people all have in common?

In each of the examples described above, none of these people could change. Their fixed ideas prevented them from learning and successfully making a change. Their ideas were so engraved they defied inspection, besides they had worked before, so they were “givens”. A “given” is an idea one does not inspect because it is so much a part of one’s thinking that one never even considers it. You just KNOW its right. In any area where one can not seem to grow or improve, despite heroic efforts, it’s most likely there are a crop of “givens” that need to be found and inspected.

This original text and more can be found in the book by Enid Vien titled, In Search of the Golden Nuggets

Dynamis coaching and clearing is based on the idea that you really do know what you are doing and thinking, you’ve just simply buried the knowledge.

In times of stress, loss or moments of anguish you came to some conclusions and probably learned some lessons that are no longer appropriate to the circumstances.

From these conclusions and lessons you formed principles to operate by. They probably worked for you at the time, but in examining them you will find they are definitely working against you now. They have become blocks, barriers, or invisible ceilings. They’ve become so much a part of your operating principles that you can’t put your finger on them.

Part of the function of a Dynamis Clearing Practitioner is to help you find, uncover and re-examine those old lessons, conclusions and “givens”.

A Teaspoon, a Bucket, or a Tractor Trailer? Reverend Ike Passes. 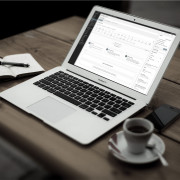 It’s Everywhere – And You Better Know What To Do With It!