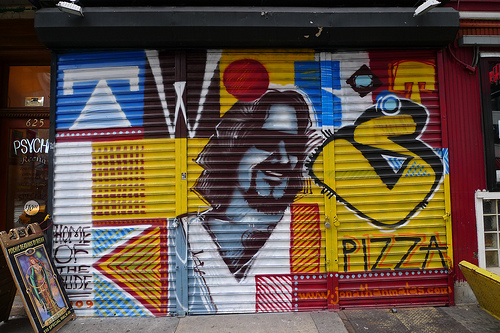 As the world continues to face monumental challenges, I thought this article would inspire you to face things a little differently…

it’s just what we need to hear today.

I am optimistic by nature. An entrepreneur friend of mine gave me a term that I have grown to love. She calls it “psychic income.” It’s that bit of hoped-for future income that is in our minds, that drives some of us, inflicted with the entrepreneurial gene, to do the next deal, make the next big plan, scheme yet another scheme to finally hit whatever counts as the big one for each of us. How much better would our life be, how our problems would go away, if only this one thing would come about! It has not yet become real income, yet we live and act as if it is almost real. We can feel it getting ready to happen. It is still in our heads, this psychic income. Yet it is in some ways real for us.

I get my propensity for psychic income naturally. My Less-Than-Sainted Dad lived on psychic income. He was always trying to invent something or launch a new business. He had large ups and downs, and at times we would be now classified as below the poverty line. Not that I knew that as a kid. Mostly, Dad lived in his dreams, though often alcoholic ones, of a better future, but he never gave up. In his mid-70s he was re-inventing the small printing press in his garage, with plans for national production. It was only after we had to take his car from him in his mid-80s that he quit. It was a very sad day. I now know we had not just taken his car, but far more than that: his dreams, his psychic income.

For some, I should note, psychic income is not just about money. It may be about the next promotion or the next big discovery. For some of us, it is just having our ideas accepted and validated in the court of human opinion. It is simply what drives us.

I graduated from seminary in the winter of 1974, entering the workforce in the hard year of 1975. We were coming off a recession, about which I technically knew little. I did know jobs were tight. I was unknowingly facing another eight years of high unemployment, a tumultuous stock market, rising commodity prices, high inflation, and rising interest rates. Japan was just beginning to be a real force in the world. People were still buying bomb shelters, as Russia was a feared and powerful enemy. As the price of gold rose, there were those who told us the dollar would soon be worthless (the Fed was a problem and the deficit was out of control), and so we needed to buy yet more gold and also a year’s worth of dried food.

Not the best time to start a business; yet within a year or so, I ended up starting my own print brokering business, as jobs were scarce and that is what I knew. I often get letters from readers giving me grief about my rich hedge-fund friends and our fabulous wealth, and how little we relate to the real world. And for some of my rich hedge-fund friends, that may be true (although for most of my friends that is not true). And I am sadly far from rich, although I have dreams.

I remember waking up in the late 70s at 2 AM with a knot in my stomach, because a small bank was in trouble and had called my loan (an amount which now seems so small, but at the time it was all the money in the world). How would I make payroll? Gas and food? I know what it is like to work long hours and live on a very tight budget, with some months being behind on everything, while all the while your family is growing.

But I got lucky, and through a series of events got into the investment publishing field in the early ’80s, then partnered in an investment firm, and then went on my own in 1999. I stuck this letter on the internet in August of 2000, and things just took off.

But how many setbacks, bumpy rides, and false starts have I gone through over the decades? Frankly, I try to forget. But the point is that each of those episodes was another learning opportunity. And I woke up the next morning and started trying to figure it all out.

But it’s not just me, it’ is tens of millions of entrepreneurs and businessmen and women in the US, and hundreds of millions worldwide, that have the same ambitions and drive. Every night we go to sleep on our psychic income, and every day we get up and try to figure out how to turn it into real income. And some of us are talented or lucky (that would be me) enough to make it happen.

Long-time readers know that I think we are in the midst of a secular bear cycle, much like 1966-82. The next decade is likely to produce less than average growth, due to structural problems and the bad choices we have made with personal and government debt. I am perfectly cognizant that unemployment will be over 10% for a protracted time. That is tragic for those unemployed and underemployed. I realize the entire developed world has huge and seemingly insurmountable pension and medical obligations over the next few decades, which we cannot possibly hope to meet. The level of angst that we will live through as we adjust will not be fun.

But the point is, that is just what we do – we live through it. In spite of the problems, we get up every day and figure out how to make it. Would it be better if we could get our act together in (pick a country) and not be forced to adjust because we have come to the end of the line? Yes, I know we will likely have some very tumultuous times ahead of us, making business and investment decisions more than a little difficult.

So what? The future is never easy for all but a few of us, at least not for long. But we figure it out. And that is why in 20 years we will be better off than we are today. Each of us, all over the world, by working out our own visions of psychic income, will make the real world a better place.

You can read more of John’s article here.

John Mauldin is a multiple NYT Best Selling author and recognized financial expert. He has been heard on CNBC, Bloomberg and many radio shows across the country. He is the editor of the highly acclaimed, free weekly economic and investment e-letter that goes to over 1 million subscribers each week. You can sign up here.